Really. Running? So not my sport. I really don't like it very much. But as the saying goes Das Leben ist kein Wunschkonzert and it is the one exercise that doesn't require any preparation or planning to do.
Also, I signed up for two Tough Mudders this year and will likely also try for my usual half marathon. Just possibly, running will be involved in one or two of those. Might as well practice.

However, this is one of the less waterlogged paths around here at the moment 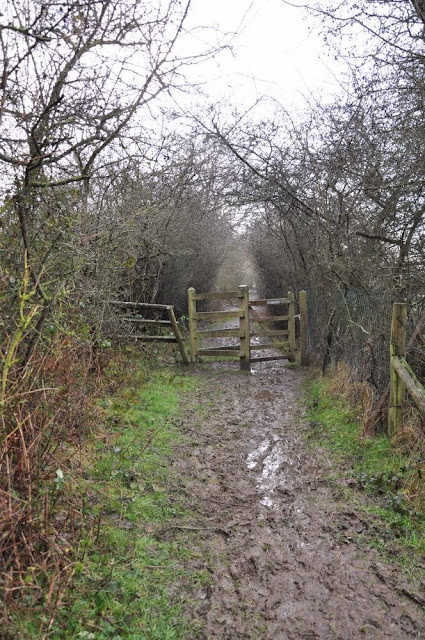 .
I also do not like running on the pavement. Or the road.

I've just got a second pair of shoes so I can alternate and let them dry out properly.
What was I saying again about not requiring preparation or planning?


(Yes, still trying the 'short entries fairly frequently' thing to get me talking)